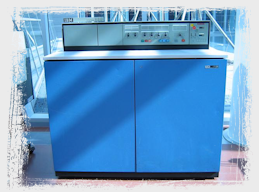 In 1968 the Dow Jones Industrial Average was 943, the price for a gallon of gasoline was $0.34, and Valley Processing, Inc. entered into a computer time-sharing agreement with a Baltimore firm that just purchased a new IBM System/360. On one of the very first commercial computers, we started running payrolls two nights a week. In a single evening the System/360 could easily process three payrolls totaling almost 45 checks.

In 1972 the Dow Jones Industrial Average was 1020, the price for a gallon of gasoline was $0.55, and Valley was one of the first in town to install the next generation of technology, the IBM System/3. This system used 96 column keypunch cards, a 20% increase over the old 80 column punch cards. Over the years we were able to expand the system to 4 disk drives and achieved an unimaginable 280 megabytes of storage.
We’re proud to say more than a few clients processed on our System/3 are still clients today. 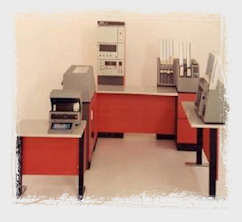 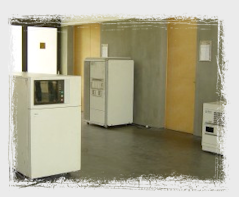 In 1982 the Dow Jones Industrial Average was 1046, the price for a gallon of gasoline was $0.91, and Valley purchased a used IBM System/34 from a bank in the Mid-West. This system was less than half the physical size of our old system! New green screen CRT's were placed throughout the office. Cabinets full of keypunch cards were replaced by 8" diskette magazines. We soon purchased a high-speed laser printer that allowed us to print payroll reports at an incredible 6 pages per minute.

In 1986 the Dow Jones Industrial Average was 1895, the price for a gallon of gasoline was $0.89, and our need for speed grew. Valley purchased a used IBM System/36 from a silverware manufacturer in Baltimore. It took more than a few months to update our RPGII source code in order to utilize all the features this system had to offer. We soon added a dot matrix printer that could print checks and W2 forms at an astonishing 560 characters per second. The System/36’s cartridge tape drive, though it seemed impossible, could actually backup all 400 megabytes of data in about two hours. 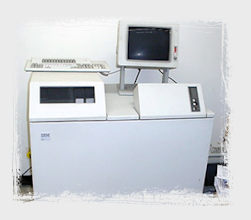 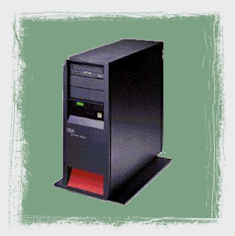 In 1993 the Dow Jones closed above 3,500 for the first Time (3,500.03), the price for a gallon of gasoline was $1.05, and Valley purchased a brand new IBM AS/400. Not only was the new system fast and stable, it ran the same OS as our old system allowing conversion to be completed in a single weekend. The AS/400’s physical size was about that of a large tower PC. We placed it in a cabinet in the corner of our office on East Joppa Road in Towson.

2003 After 3 long years and 6 plus figures of capital expenditures our conversion finished on July 1, 2003.

Valley -- To Date We continue to invest in technology to keep our clients’ data secure, offer services even national payroll companies don’t, and empower the Valley staff to serve clients promptly and efficiently.

The staff at Valley Processing value your trust and loyalty.